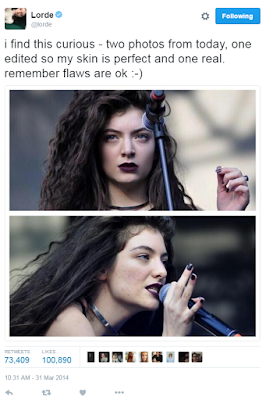 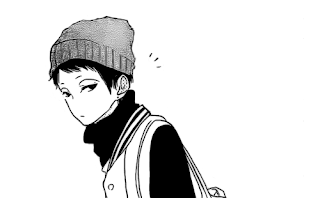 Okay so I should have type out this entry last week but I was so tired and lots of things went wrong that made me unable to post this entry last week. This is kind of an ""old"" story, so I'm going to type this in past tense – or rojak tense I don’t know grammar anymore.

I knew about this Asia tour was from a Booktuber on instagram. I saw a post of Throne of Glass book and saw her caption saying Sarah J Maas was going to come to Malaysia. I was so ecstatic! I bought her book last year. At the moment, I was contemplating whether to buy Maze Runner box set or The Fifth Wave box set. So I opened a new tab on my browser and went to goodreads.com to find a review. Then I stumbled upon someone’s profile (I forgot what was the username I’m very sorry) I saw one of her bookshelves with label “badass female protagonist” and it caught my interest.

To be completely honest, it has been a long time since I want to read such a good book with strong female protagonist. I think it’s really cool that a female defend herself and don’t act like damsel in distress and just waiting for knight in shining armour. I just scroll through the bookshelf and the cover of Throne of Glass really caught my attention. Down below is the cover of the novel ↓

Please take a note that I am someone who’s judging a book by its cover. Sorry not sorry :P

Actually, it was my first time bought books through online. It’s debookroom.com you can get lots of novels there with cheaper price. (Believe me; I’ve compared the price with Kinokuniya and Popular) (This is not paid review hahaha) And purchased Throne of Glass and Crown of Midnight. (I used my last year saki baki duit raya lol)

Okay so, back to the title, I was freak the hell out and asked a friend of mine - whose mother is working at Bank Simpanan Nasional which is just literally next to KLCC - for her to get Sarah’s signature for me. But unfortunately, her mother wasn’t working on that day, so I literally lost my hope. Then my mom said “pergi naik train.” And I was like “really? You’re going to let me go by train?”

I had never go anywhere by train except with my mom.

So it truly baffled me that she would suggest that! So I ask other friends who could accompany me. But sadly they’re not available on the day. Again, it made me sad. So, I just open Twitter app and tweet this ↓

It feels really weird. It looks like I don't have any friends.

Fortunately, one of my ex-schoolmates said she can go with me! I was like, Alhamdulillah thank you Allah for create such amazing friends for me. So yeah, my dad sent us at the nearest train station and we bought train tickets – blab la bla – you know the procedure of waiting and getting into train until we reached KL Sentral then we took LRT to KLCC.

We arrived at 8.30 a.m kot. It was really early. Most of the stores haven’t open yet. There was a stage with Samsung Galaxy S7 Edge launching event sign and I remembered one of my friends tweeted something about a Korean celebrity came to Malaysia. At the moment I forget who it was so I search the tweet back and bam! It was Lee Kwang Soo.

The event for book signing was taken at 11 a.m, so because we are really early, we hang out around the stage while waiting for lee kwang Soo. I mean, who don’t want to see a real Korean celebrity with your own eyes kan? But until 10 a.m he hadn’t arrived, so we went up to Kinokuniya and the worker gave us numbers for our turn. Sarah also hadn’t arrived yet, so we went to get breakfast first.

After for a looong time, finally Sarah J. Maas in the flesh! She was with her husband too. They’re so beautiful and cute together! There were questions - like ask the author thingy - related to her books where one of the Kinokuniya workers asked something, and Sarah answered it. It’s really cool because she describes her own characters (OCs) like friends and I can see she admires some of the characters.

Okay so, after questions being thrown and answered, the time for the signing had finally arrived! I was number 35 and my friend was 36. So we wait and wait and wait. The shorter the queue become, the more nervous I am. The night before, I had set up in my mind what I was going to say to her. I got a long paragraph of compliments and admiration for her. But when I was in front of her all I could say was,


I had never been such a potato in my whole life. I am a potato but at that moment, I was the worst kind of potato. I don’t even know why I use potato. God! I feel really awkward and such a creeper. Like who even say that to the person you just met!? No one.

Thank god she just say "thank you." and not something like "you're creepy *nervous laughter*"

I didn’t get a chance to have a photo with her, because my friend was behind me and we couldn’t take selfie, so it really hard to get a photo together.

The after that, we went downstairs and there he is; Lee Kwang Soo in the flesh! He's even more taller in real life. No lie haha

So there it is. My journey to my first book signing ever! This is not very excitable but it’s such a great experience for me :) I hope there will more book signings from various authors in upcoming days! 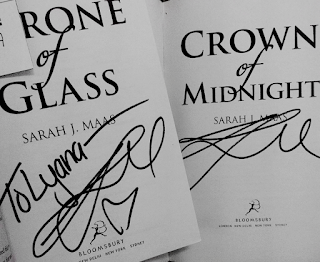 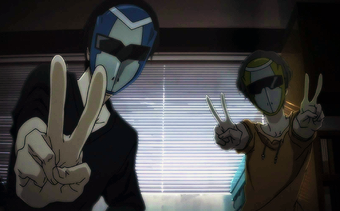 
Warning: this post may contain spoiler. Read at your own risk.

Hi there as promised, I'm back with anime review (and new blogskin). If you're interested in reading my last one you can read it here [click].

This story is about a shocking terrorist attack that happened in Tokyo and the only hint of identity of the culprit is a video uploaded to the internet. The police, baffled by this sudden attack are helpless to stop the paranoia across the population.

While the world continuously searching for a criminal mastermind to blame on this tragedy, two mysterious children - children who shouldn't even exist - masterfully carry out their plan. They were given the name Nine and Twelve, and the two combine to form "Spinx".

Okay so honestly their plans are so awesome! Can you believe it several phones can explode a whole building? Sugoi! From this scene, a schoolmate of theirs, Mishima Lisa decided to join them because as Nine gave her two options;


"You can die where you are or become an accomplice."

And of course la who want to die kan? So she chose to be an accomplice. And one day she ran from house because her mother is kinda crazy. Twelve found her and since then she live with them.

All of these terrorist attacks are made as a wake up call to the society about "something" that "someone" did to these children that shouldn't even exist. A little after that, another character show up. She's one of those children that was given the number Five (I believe she's a sadist).

I wanna give ★★★★★ (5 stars!) I highly recommend this anime to you. This anime is suuuuuper awesome! Some may say it's a little bit like Psycho-Pass, both in art and genre. So yeah, go and watch it hehe

MAJOR SPOILER: I cried when Five, Nine and Twelve died.

I think March this year is a pretty scary month for me. As all of you know, those who took sijil pelajaran malaysia (SPM) in 2015 will receive their result on 3rd or March (esok omg). Unsurprisingly, I am one of the SPM leavers.

So it makes my heart beat a little bit faster every time I'm thinking about the outcome. I'll get restless and starting to regret every choice I made in the past two years. Like,


All these thoughts keep bugging me like flies to rotten meat and let me tell you, the sight is not pretty at all.

But whay can I do, let the bygone be bygones. As a SPM leaver, all I can do is praying and tawakal. Bak kata orang, manusia hanya merancang, Allah yang menentukan segala-galanya.

So I'm just going to sit here and try not to die. Haha I mean pray as much as I can because that's the only thing I can do right now. Nak putar balik masa memang dah tak boleh la kan. Lain la kalau ada time machine kan?

I'm wishing for all the best to all spm leavers in Malaysia. I hope you'll pass with flying colors!

Note to self and others; Don't forget to thank your teachers who had thought you lots of knowledge. Your parents who always pray for the best and gave moral support to us.

I have 3 others cousins who are SPM leavers to and we all took different streams so if you want to compare us, it's a big NO NO okay :)

Okay la actually I want to write short update but jauh pulak menyimpang. I want to wish good luck to SPM leavers again. If you didn't get what you wish for hm.. Redha je la haha (cakap kat mak A ramai dah ambik)

P/s: I was supposed to publish this yesterday but my mom suruh mohon upu. Lama kot nak research betul-betul about a course before I choose it.

P/s ii; I'm working on a new blogskin & anime review is coming up so keep your eyes open.


An ailuromania, an introvert, one who appreciates good writing and photography. Also someone who is eager to learn those thing that have nothing to do with her studies. A self-proclaimed person of excellent yet diverse taste. A sucker for art, books, anime and anything that is aesthetically pleasing. Currently taking Bachelor Degree in Material Engineering - and struggling to be a decent human being. The smell of old book is my guilty pleasure.

Wanna know me better? Read this and this.


About the blog;
DOB; October 2011
Language; (broken) English and sometimes Malay
Previous url; http://hibaeri.blogspot.com
This blog contain my personal life, random thoughts, review, etc. I'm using English as my main language (sometimes mix with Malay) in this blog as a practice to write better in English - and I hope it's working out. Nice to meet you!
Stock photos are from various photographers in pexel.

| twitter | instagram |
Leo, 24 | Istp & Ravenclaw. This blog contain my personal life, random thoughts, review, etc. Posts are either in English or Malay. Best to be viewed with Google Chrome.

For any inquiries or collaboration
{ nlizma24@gmail.com }